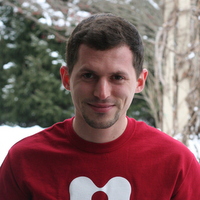 Today brought quite some satisfaction: I finished writing my second research paper. But the focus of this post is on another, related, milestone: this paper is the first I’ve written using Zotero. Having done so, I felt it time to answer an old question of mine: should I (already) recommend Zotero to my colleagues in the life sciences?

I started my PhD in biotechnology in 2006. Everyone in my research group used (and still uses) Reference Manager 10 Network Edition, so I decided to give it a go. However, using the program was such a battle due to its archaic and horrible time-consuming unintuitive interface, I decided to look for some greener pastures after I wrote my first paper in 2007 (shameless plug: Zelle et al. 2008). My main requirements were a good interface and integration with MS Word. At the same time, I’d been looking for an interesting open source project to contribute to. I became aware of Zotero in mid-2007, and started to follow its development.

In short, Zotero is an extension for the Firefox web browser. One of its main attractions is the tight integration with the browser, offering one-click captures of bibliographic items (by means of so called translators). On the website of scientific journals, PDFs of the articles can be automatically downloaded into Zotero’s library. The interface is loosely based on that of iTunes, and is generally quite pleasant to use. Plugins are available for Word and OpenOffice, while bibliographic styles are defined in a new format, the Citation Style Language (which is independently developed), for which many styles are freely available.

Despite all this, I postponed my switch to Zotero until late 2008, mostly because by then I figure out some ways to cope with some of the limitations of Zotero. The main problem was the lack of rich text formatting of titles fields. In the life sciences, names of species (e.g. Homo sapiens) and chemicals are abundant in article titles, and I didn’t look forward to edit my bibliographies all by hand each time I had to send out a draft. Eventually, I circumvented this by using HTML-markup in my Zotero library, and using a Word macro to automatically convert tagged text to properly formatted text (details here. Although not entirely straight-forward, it did the trick. I transferred my library by redownloading all my references from the journal websites (relying heavily on PubMed and Google Scholar). This had the advantage that I could download all the PDFs during my switch (I didn’t store copies of them before), and since then I’ve greatly enjoyed the ability to quickly call up the PDFs of articles in my Zotero library.

So, am I now trouble-free? Not completely. Although translators can be big time-savers, they’re also quite fragile, and often break if websites change ever so slightly. This situation might improve however when publishers and journal databases decide to include (more) standardized metadata on their websites. For now, one can usually fall back on other websites (e.g. use PubMed instead of the publisher’s website), and attach the PDF by hand after manually downloading it. Alternatively, the reference information can be exported (e.g. via the RIS-format) and (automatically) imported into Zotero. Some minor additional minor niggles exist: the Citation Style Language still lacks some options so that some styles cannot be entirely reproduced. Managing author names and journal abbreviations is still quite cumbersome without batch editing. The Word plugin is a bit clunky: by default, it uses a non-movable window to select references, obscuring the text of the manuscript. The plugin interface is crowded and limited, and enabling the track-changes feature of Word slows down the plugin to a crawl. Still, I feel positively about Zotero. The Citation Style Language is about to receive an update that should fix most outstanding style issues. A new citation engine is being built along-side for integration into Zotero, which should remove my need to use the Word macro. And once the syncing feature is sufficiently polished, the Zotero developers hopefully have more time to focus on implementing other features.

With all this in mind, I haven’t really started advocating the use of Zotero with my colleagues (although I’ve started do so with the grad students I supervise), but Zotero is ever so close to become my perfect reference manager. Maybe it will have become so at the end of my PhD, 10 months from now.